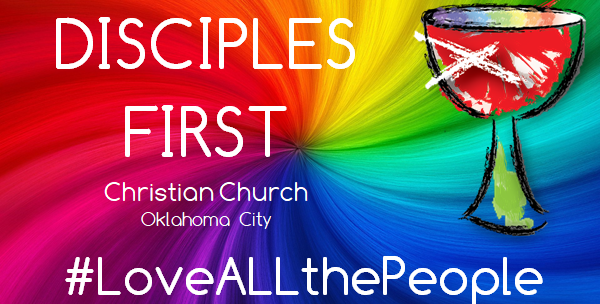 He was born to unwed parents.

His mother, Mary, got pregnant.  She said it was from God.  Even her fiancé, Joseph, didn’t believe her at first.  He could have had her ostracized or even killed.  But God had other plans.

He grew up as a carpenter like his mom’s husband.

His followers were a rag-tag bunch.

Unschooled & illiterate fisherman, tax-men, swindlers, hussies, and boozers –  men and women who should never be at the center of the greatest life in history.  These are the people that He chose, who followed Him, believed in Him, and began the spread of Christianity that has swept through history since.

He was all about love.

Love God.  Love one another.  Don’t judge each other.  Everything comes back to Love.
But don’t be confused, Love is not weak…

He helped the helpless.

The children, the sick, the dejected and the rejected…  He healed them, helped them, and treated them with compassion.

He included the outcasts.

The adulteress, the homeless, the diseased, the insane…
the leaders of religion wanted outcasts exiled or even killed.  Love stood in the way.
Love healed, helped, dined with and delighted in them.

He was HATED by the religious leaders.

They liked their insider status.
Love challenged they ways they made faith complicated, an insider’s game that only they could win.   Love made them look like fools, outsmarting them every time.
And the more the people followed Love, the more the leaders of religion wanted Him dead.

He was judged, rejected, and killed.

The religious leaders thought if they killed Love, His way would be finished.  So they did it.
They said Love was a fake.
They arrested Him, and they had Him killed.
But that was exactly what He intended.

Love created life, the world, and everything in it, so it really shouldn’t be surprising that death couldn’t stop Him.  But for the people who thought He was just a man, it was a tremendous shock when they went to visit His dead body in the grave and found…

He will never leave.  He created you and me, and He wants to be with us every single day.
If you believe in Him, He will change your life into a dynamic, unending, BIG life.  That is just the kind of God He is.